ELDERS yarded just over advertised numbers of 1500 head at the Boyanup store cattle sale last week, and while it grossed just shy of $2 million that disappointed agents, that was the only disappointment for the day.

Under current sales, records are proving short-lived, as last week’s record of 502c/kg was smashed by a pen of Hereford calves that sold for the new State record of 525c/kg.

This was a lift of 41c/kg for beef steers over last month’s Elders sale.

Friesian steers offered were outstanding and reached a top of $1828 and 374c/kg, rising by 6c/kg.

As good as these results were, it was the prices achieved in the appraisal dairy section that left everyone stunned when they reached a top of $1340, more than $300 higher than the previous Elders sale.

John Barber (left), Manjimup, caught up with Nick McLarty, Pinjarra, on the rail before the sale. During the sale Mr Barber picked up a couple of pens of small cattle.

Friesian poddies also continued their rising plane when topping at $890, about $75 higher.

In addition to this price, steers on the border of being called poddies that sold to $1000.

Some quality first-cross, bucket-reared heifers made to $1540 with one pen of cows and baby calves selling for $1800.

The usual group of regular buyers competed, with added strength from Delaney Livestock Services, which was the major buyer by the sale’s end.

This buyer snapped up the first three pens offered, paying $1802 for nine steers from L & K Streatfield, $1686 for five from GK Bevan and $1662 for nine Angus sold by DJ Klein. 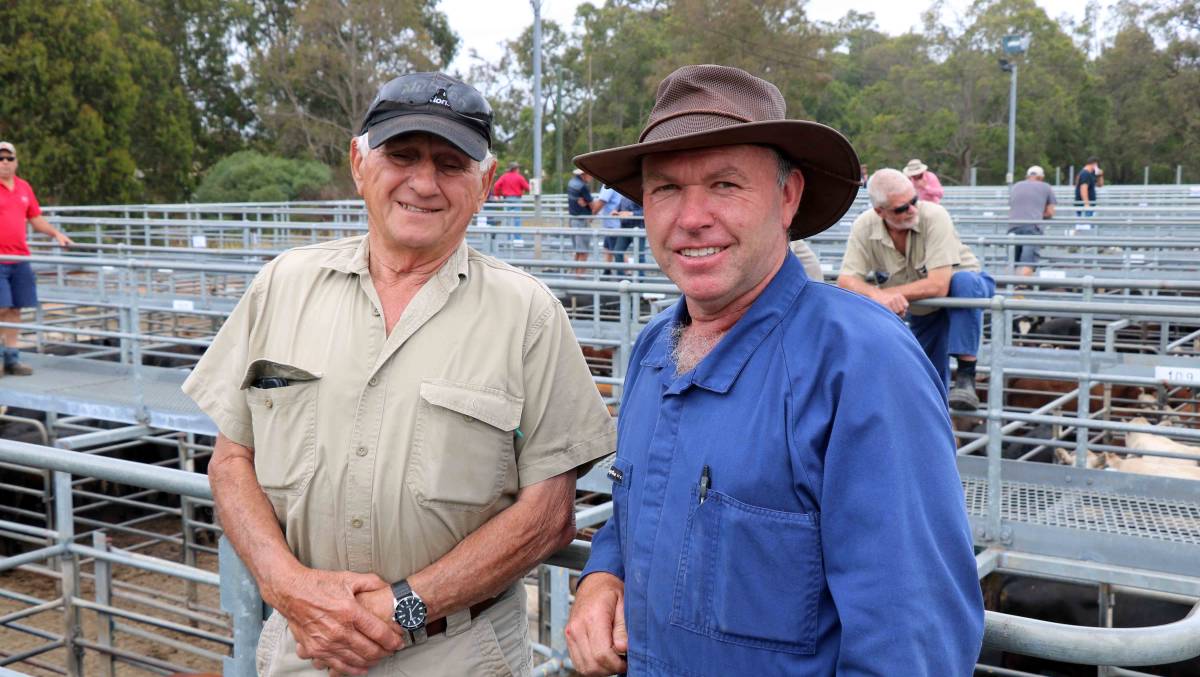 Graeme Browne was back to buy more cattle for South Australia, with these mainly going to Princess Royal Trading, Burra.

The top of $1813 went to two Angus weighing 585kg from Primary Business Services and they were bought by John Gallop for Kookabrook Livestock at 310c/kg.

Greg Varis, Bowelling, was stunned when his Hereford calves smashed the record price and sold at 525c/kg.

Princess Royal Trading purchased the heaviest of the Varis calves for $1329 and 384c/kg. 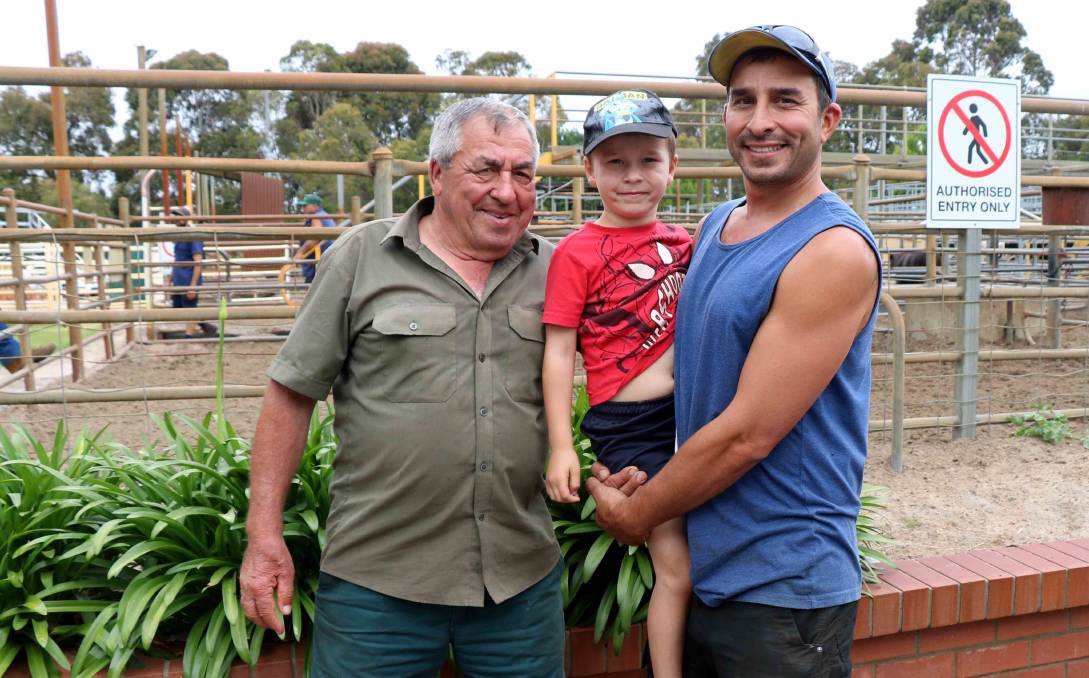 Three generations of the Curulli family were at the Boyanup sale. Paul, Phil and Rocco Curulli, Harvey.

Nutrien Livestock Brunswick agent Errol Gardiner secured the last line of lighter steers for $958 and 520c/kg, after being losing bidder on the top pens.

Melvin Hettner had his best result when nine Murray Grey heifers averaging 140kg sold for the top of 450c/kg to return $675 when bought by Elders Busselton.

A line of 10 Angus weighing 545kg made $1865 for KG Tyrell, when bought for Kookabrook Livestock and 13 Herefords averaging 515kg cost Delaney Livestock Services, $1742. 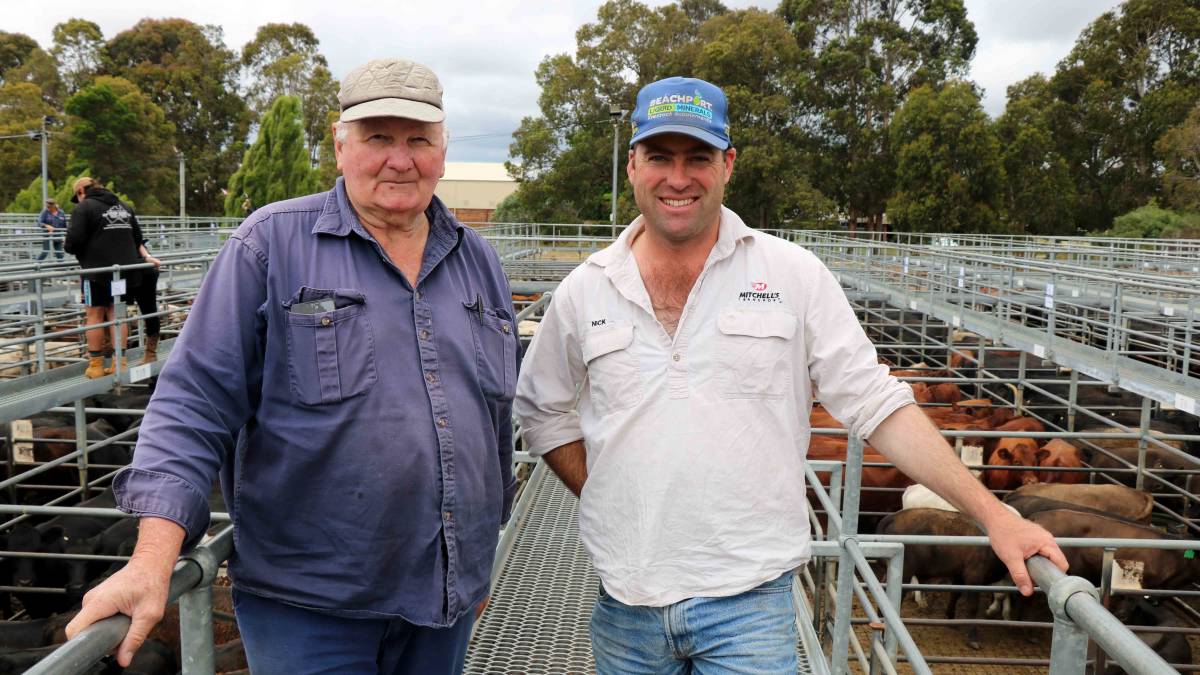 Unsuccessful bidders on the liveweight Friesians lifted their sights as the sale moved to the appraisal cattle, resulting in a top of $1340 paid by DM Lofthouse for 12 steers sold by BE & JE Taylor.

Close behind were 13 sold by Taylynn Farms bought by RJ Blackburn at $1300.

Joe Italiano, Dardanup, replaced steers with 14 Panetta youngsters at $995, while TC Deruyter spent $815 for its 16.

Rodwell Farms, Boyanup, sold 11 to Dudinallup Pastoral for $885 to be the better returns.

First-cross heifers sold to $1540 for a single Hereford from KG Tyrell when bought by Mr Gibbings.

Angus from L Stackhouse were the best of the breed and sold to RJ Eddy for $1210.