THE inherent dangers of pursuing lean meat yield at the expense of eating quality was a topic explored in some detail during a recent webinar on Measurement of carcase yield and integration into processing plants.

While much of the presentation was geared towards DEXA scanning applications in lamb, which are much further advanced than beef, there were nevertheless some worthwhile take-home messages for the beef industry.

The great challenge now for the red meat industry was to think through what DEXA lean meat yield could deliver, GMP’s Will Barton told the webinar. 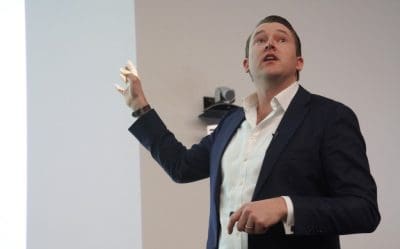 “In our case, we know that a lamb carcase that yields more than 60pc is worth an extra 60c/kg to us, than a carcase with a lean meat yield of 52pc. And a carcase yielding less than 52pc is going to cost us about 30c/kg. But our industry hasn’t dealt with that up to now, because we average – assuming we are going to get some good ones, some bad ones, and some in the middle.

“The challenge now is to work out how we ease our way into Value-Based Marketing incorporating yield, and whether the industry has the patience to wait for IMF measurement to arrive before we start tinkering with lean meat yield in lambs – perhaps at the expense of eating quality,” Mr Barton said.

He said Gundagai Meat Processors hoped to be at the stage within a month or two to be able to provide livestock suppliers with a graph plotting lean meat yield, carcase weight, and disease & defect data, on an individual carcase basis. Intra-muscular fat assessment was still further away, however.

Prof Gardner added his own warning about pursuit of lean meat yield, at the expense of meat quality.

“While we are making great advances in being able to measure lean meat yield, if we send too strong a signal to industry, and if we don’t have a corresponding eating quality (IMF) measurement in place (for lamb), we can really stuff-up the product,” he said. 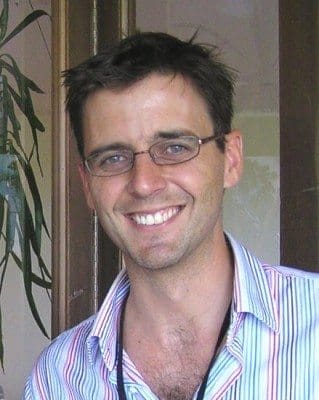 Using the graph (below) of lamb genetic trends between 2000 and 2015, Dr Gardner said it was a big issue, because right now, the lamb industry was not measuring eating quality.

He said this was not such a big issue in beef, because MSA provided the corresponding signals about meat quality.

The graph shows genetic trends in the LambPlan database, showing that while traits including carcase weight and lean meat yield have been tracking upwards over time, traits like intra-muscular fat (marbling), and ‘overall liking’ among consumers were tracking downwards.

“It shows that the lamb industry is making really good genetic progress on carcase weight and lean meat yield – but that’s coming at the expense of eating quality. So it’s crucial that we get the two signals out there simultaneously – the lean meat yield measuring signal, and the eating quality signal – so that the industry can respond to those appropriately, and not turn lamb (or beef) into ‘pork.’ Turning around the ‘eating quality bus’

“In those livestock industries that have progressed to a very lean phenotype, and reduced intramuscular fat (i.e. pork), they could recover, with selection pressure, to right the wrong,” he said.

“But for us in beef and lamb, it’s about not going there in the first place.”

“The genetic tools are there right now, and the really switched-on breeders are already using those balanced tools, anticipating the development of payment systems including lean meat yield,” Dr Gardner said.

“Industry is starting to respond, but in truth, we need the price signals in place to really push industry to respond properly.”

Asked whether there were other measures for eating quality in lamb apart from IMF, GMP’s Will Barton said for lamb, IMF was far and away the most important.

“Lamb has managed incredibly well using only age and weight, and basic breeding, for a long time,” he said.

“In reference to Graham’s comment about turning the bus around, what’s more disturbing is the level that lamb prices have gotten to, and the demand for the product. What’s being seen, in terms of the graph trend, is a lamb product that is ‘priced like caviar’, but running the risk of becoming a ‘chicken breast’ in terms of eating quality.

“You’ve got a chicken breast that is incredibly high in protein, with all the flavour and fat bred out of it, and it’s pitched to the market as the highly-efficient protein that’s sold at a low price. At the same time there’s a more confused lamb category, that on one hand is developing itself to become more efficient in production, with higher lean meat yield and higher weight, while still trying to hang on to a price premium which really has different attributes,” Mr Barton said.

“That’s something that I’m constantly fascinated by, in terms of the market dynamic, and how that paradigm changes as we try to turn the (lamb) bus around, and what impact that has on pricing.”

“Those people (lamb and ram producers) who are switched on to this have been on this for a while, and there will be a lot of people who instantly benefit from us measuring these traits, Five or ten or twenty years of theorising will be proven right. But equally, there will be other people in a position where the attributes they are breeding for are proven wrong. That’s why I think it is going to lean more towards a ‘revolution’ than an ‘evolution’, because things will move quickly, when this tech is in play.”

Responding to a question about whether there were traits other than IMF worth measuring in lamb for eating quality, Dr Gardner said the simple answer was that there was.

“But IMF is the biggest one we can measure, at the moment. It looks like it accounts for around 30pc of the variation in eating quality in lamb – that’s double the effect that IMF makes in beef eating quality.”

The business proposition of LMY

In backgrounding his presentation during the webinar, Prof Gardner used an example of two lamb carcases, both around 23kg carcase weight, but with different saleable meat yields of 48pc and 56pc.

“That’s the simple business proposition for SMY: if you collect that much on a lamb carcase at retail, it filters back through the supply chain.”

Trading on beef and lamb carcases currently was largely on carcase weight, and fatness, with penalties for excess fat.

So how well do existing measures work?

In lamb, he used graphs to illustrate how inaccurate the use of carcase weight and GR fat depth were in predicting carcase composition – when compared with the ‘gold standard’ CT scan to define bone, muscle and fat. In beef, the result was a little better, but not great.

This illustrated the real drive to establish the ALMTech project, designed to seek better and more reliable measurements to predict the quality and final amount of product from each carcase.

Currently, the project’s focus is at the abattoir level, in development of carcase measurements for lean meat yield, together with eating quality measurements. Other preliminary work is focused on the live animal, in developing predictive tools for yield.

A range of different devices are under study, and the program is looking to commercialise five lamb DEXA systems and one beef DEXA system in abattoirs by the end of the ALMTech project, over the next two years.

Other commercialisation work is looking at eating quality cameras, measuring attributes such as intramuscular fat in beef and in lamb (see previous webinar report).

The lamb DEXA project kicked off back in 2012, through NZ-based company Scott Automation, which used Xray scans to guide a robot to cut lamb carcases into the forequarter, saddle and hindquarter. A subsequent trial at JBS Bordertown using dual energy Xray (DEXA), was proving to do a very good job.

“It’s ultimately going to be quite a big step for industry, once we get this system deployed,” Prof Gardner said.

The lamb system is currently deployed at Gundagai, two JBS plants at Brooklyn and Bordertown, and more recent installations at Frews in Victoria and WAMMCo in WA. All should be operational by the end of this year.

The DEXA lamb system is also being examined for cut weight prediction, compared against CT scans and actual bone-outs.

“We’ve been able to train the DEXA system to predict these cut weights in cuts like rounds and shortloins from each lamb carcase quite well,” Prof Gardner said.

Beyond DEXA applications in lamb, similar development work is happening in beef, involving Scott Automation and processors Teys and JBS.

“This is early days, so we have not yet done the detailed work on this system that’s been done in lamb,” Prof Gardner said. “It takes quite a big data set and improved analytical methods, which we are well advanced in producing. But early results looked quite promising,” he said.

While much of ALMTech’s current work focuses in DEXA technology, other yield assessment technologies including 3D surface imaging and VIAScan were also being examined – again, measured against medical CT scanning as the gold standard.

Three separate 3D surface imaging technologies are under scrutiny. These include:

“There is some history around some of these surface imaging technologies, but the newer systems, providing more complex three-dimensional images, are starting to look quite promising,” Prof Gardner said.

Several technologies are also under examination to measure P8 fat depth, including a microwave fat depth scanner in lamb and beef. It’s a simple device, measuring at a single site, and while its results are currently a bit ‘noisier’ than DEXA, because it is so simple, cheap and portable, it could have particular application for smaller processors where DEXA is beyond reach.

The same technology is being trialled in measurement of tissue depth and carcase composition in live animals.

Another crucial requirement for plants using DEXA to estimate cut weights and make use of that information, was carcase tracking through the plant. Most small processing plants did not have carcase tracking capability.

Responding to a question about implementation cost of yield assessment technologies, return on investment and likely lifespan of the DEXA system, GMP’s Will Barton said tech like DEXA was much more likely to become ‘technically obsolescent’ before it becomes ‘functionally obsolescent.’

“It’s much more likely that a better technology will come along before we wear out a DEXA unit – they sit behind coolroom panel and lead-lined rooms,” he said.

Another question asked about where Australia sat, in terms of yield assessment technology uptake around the world.

“In terms of lamb, I think we are pretty well out in front,” Will Barton said.

“Scale becomes a big issue. Most of our processing competitors are bigger than us, and they look at adoption on a scale basis. For our business, it is more about quality. In other species, the European pork industry has been using similar tech much longer than we have in Australia.

The challenge is that the whole industry is structured around setting a ‘mid-point’ (averaging) in the grid. That’s our biggest challenge, in terms of uptake,” he said.